Manon Eames produced a truly magnificent performance of the Mabinogi, performed by the National Youth Theatre at Aberystwyth in 2008. The entire world of the Four Branches is brought to full, enchanted life, on stage.  A perfection of Mabinogi. 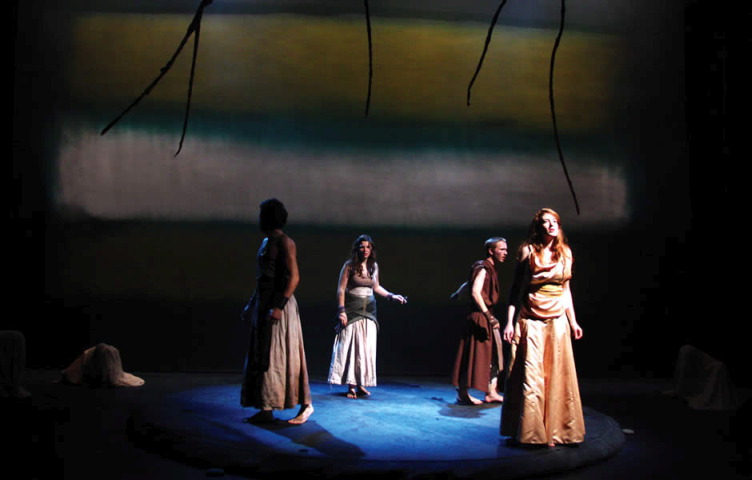 A powerful and dramatically effective structure employed is a chorus (as in Greek plays), so that a crowd, a group of maids, an audience within the play, give group responses. This worked very well, in creating a rich counterpoint between the striking, major characters and the lesser ones.

The set and costume design by Alex Robertson is an especially powerful evocation of Mabinogi atmosphere.  Photos here and one example above.